Refresh and try again. Open Preview See a Problem? Details if other :. Thanks for telling us about the problem. Return to Book Page.

The issue begins with a series of In Memoriam contributions celebrating Bernard Wolfman. The issue includes Recent Publications and the Index for volume The Harvard Law Review is offered in a digital edition for ereaders, featuring active Table of Contents, linked footnotes and cross-references, legible tables, and proper ebook formatting.

The Review is a student-run organization whose primary purpose is to publish a journal of legal scholarship. The Review comes out monthly from November through June and has roughly pages per volume. The organization is formally independent of the Harvard Law School. Student editors make all editorial and organizational decisions. Aside from serving as an important academic forum for legal scholarship, the Review has two other goals. First, the journal is designed to be an effective research tool for practicing lawyers and students of the law. Second, it provides opportunities for Review members to develop their own editing and writing skills.

Accordingly, each issue contains pieces by student editors as well as outside authors. Back issues and volumes prior to Volume are available from William S. For the prices of issues, volumes, and sets prior to Volume , please inquire of William S. The Review invites the submission of unsolicited manuscripts. The Review will give preference to articles under 50 law review pages in length — the equivalent of about 25, words including text and footnotes. The Review will not publish articles exceeding 60 law review pages — the equivalent of about 30, words — except in extraordinary circumstances.

Review of manuscripts may take from four to six weeks. Authors who are considering concurrent submissions to other journals should be aware that the Review cannot guarantee timely responses to requests for expedited review. The government contended that General Utilities recognized income on this distribution equal to the value of the distributed stock over its adjusted basis.

The government also argued that a post-distribution sale of the shares by the distributee shareholders should have been attributed to the distributing corporation, but the Supreme Court rejected that argument as having been raised by the government too late to be considered. We also read Commissioner v.

Court Holding Co. This time the Supreme Court held for the government, again deferring to the factual finding of the trial court. Professor Wolfman, a master of the Socratic method, asked whether a liquidating corporation should recognize gain on the distribution of appreciated property. The student said no, that not even the government argued the mere distribution of appreciated property should be a taxable event to the distributing corporation.

But Professor Wolfman pressed on: should it be taxable? And again the student said no: as a general rule, section of the Internal Revenue Code precluded a distribution from being taxable to the distributing corporation. Bernie had us read exceptions to this general rule of nonrecognition, some enacted by Congress and some created by the courts. We read the supporting statutory rule that allowed corporations to avoid the Court Holding problem if they moved quickly enough old section , and we read a special rule that applied when shareholders were also creditors.

Professor Wolfman centered the course around the General Utilities doctrine because the law itself was centered on it, not intentionally but unavoidably. I now teach the taxation of partners and their partnerships described in Subchapter K. Most books start with the formation of a partnership, move to partnership operations, and end with partnership liquidations. With the repeal of the General Utilities doctrine in , Bernie moved on to other things and reordered his corporate tax casebook when it next was revised.

Over the last thirty years, Bernie and I spoke only occasionally and wrote to one another now and again. Most recently, I wanted to talk about the proliferation of anti-abuse rules; he wanted to talk about changes to the legal profession. The Code was littered with anti-abuse rules that obscured structure, increased compliance costs, and arbitrarily treated similar transactions differently.

Anti-abuse rules multiplied, he said, because tax lawyers had lost their way, moving from being stewards in a noble profession to being shills for their tax-minimizing clients. Courts and Congress were trying to patch a broken profession; fixing the Code required fixing the profession. Once again Bernie found the heart of the matter. He was a great teacher. We both had a great deal of fun at it, and we shared that in frequent conversations.

Clark Byse commented years later on his entertainment at observing the two of us going off for coffee together, every morning he claimed, even before classes.


But there were important differences. Bernie had practiced tax law for fifteen years at Wolf, Block, Schorr and Solis-Cohen, in Philadelphia, the last two of them as managing partner. I had spent much less time in law practice, and hardly any of it in tax. So Bernie taught me much more than I had to offer in return. Another contrast was military service. I served in the Navy during the brief period of peace following the Korean War. Bernie was in the Army during the climax of the Second World War. He liked to talk about the army language school where he had been taught Norwegian.

Indeed he liked to demonstrate some of what he remembered years later. When it became clear the war would not reach Norway, Bernie was sent instead to the trenches of France, where he would have been in the middle of the Battle of the Bulge but for the fact that his feet froze and he was evacuated shortly before that battle began. Despite our different backgrounds, we had become fast friends at HLS in — Bernie was invited to stay on at HLS in , but he turned it down. I was deeply disappointed, but his decision now seems completely in character.

He had close old friends on the Penn Law faculty, and I think he was unwilling to leave them after only one year there.

Bernie stayed at Penn for fifteen years, the last five as Dean. Finally in he finished his deanship at Penn and accepted an invitation to come back to HLS as the Fessenden Professor of Law, a position in which he served until both of us retired, thirty-one years later, in June Together again in Cambridge, Bernie and I took pleasure in shared interests that extended beyond tax law.

For instance, we both had a lifelong fascination with language and words. Sometime not long after the appearance of the latter book, Bernie told me that Professor Pinker had accepted his invitation to come over from MIT for lunch, and he invited me to join them.

It was a long and enjoyable lunch hour, but what I particularly remember is Bernie delicately raising a question about the following sentence in the book jacket: "In Words and Rules , Pinker explains the profound mysteries of language by picking a deceptively single phenomenon and examining it from every angle. Bernie did not think deceptively single made sense, and after some discussion Pinker agreed. I think Bernie would be pleased to know that the cover of a later edition uses the expression deceptively simple single phenomenon and that the back cover of the paperback edition refers more simply?

Bernie was an author and editor himself, having compiled his own casebook for teaching the advanced course in federal income taxation of corporate transactions. At around the same time, I compiled a casebook for use in the basic income tax course. Both of us then had children incurring substantial college or secondary school fees. Bernie then decided it would be useful to transfer the copyright for his casebook into a trust, for a period of at least ten years, with a direction to distribute the income as needed among his children.

He then appointed me to serve as the trustee. I thought so well of this idea that I followed suit, designating him as trustee to hold the copyright for my casebook in trust for my children. The publisher thereafter duly noted that the copyright owner for the Wolfman book was William D. 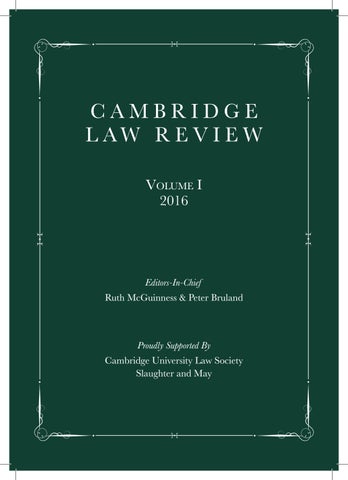